City of Kardzhali is situated in the heart of the East Rhodope Mountains, on both banks of the Arda River, which is the largest river in the Rhodope Mountains. There are three of the largest dams in the country – Ia. Kardzhali, Studen Kladenets Reservoir and Ivaylovgrad Dam. Kardzhali is 259 km away. from Sofia and 100 km from Plovdiv. The town is 50 km away from the town of Haskovo and about 15 km from the ancient city of Perperikon. In the town of Kardzhali passes the Pan-European transport corridor №9 through the Makaza pass and the distance to the Republic of Greece is only 57 km. The climate in the area is continental-Mediterranean, mild and humid, with many sunny days a year. 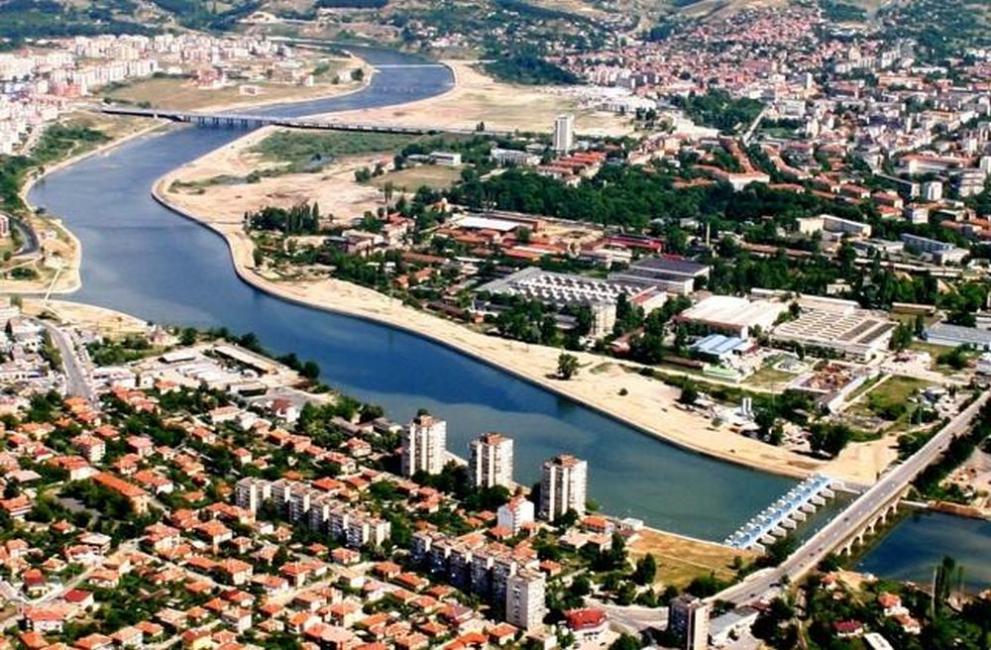 Kardzhali Dam is one of the three big dams, along with the Studen Kladenets dam and Ivaylovgrad reservoir, which accumulate the waters of the Arda River and its tributaries. The dam is located to the northwest of the town of Kardzhali, its wall is about 3 km from the town. The construction of the wall took place between 1957 and 1963. It is concrete-gravitational concrete and it rises at 103.5 meters above the ground and is 402.89 meters long. It is the second largest and in shape, construction and execution is the only one on the Balkan Peninsula. It is also one of the few dams in the world that towers over the city itself. 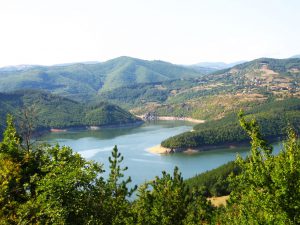 The Regional History Museum in Kardzhali existed since 1963. It is located in an ancient three-storey building, an architectural monument of culture built in the early 1920s. In the early 1980s, the building was adapted for museum purposes by architect Elena Condeva. The museum contains more than 45,000 exhibits tracing the life of the Eastern Rhodopes from the deepest antiquity to the beginning of the 20th century, collected in three collections, thematic detached in the departments “Archeology”, “Nature”, “Ethnography”. The Stana Dimitrova Art Gallery, which is housed in the building of a former Konak, also operates the regional museum. 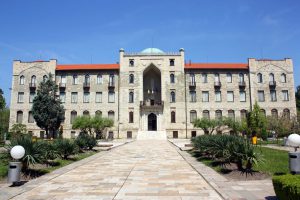 Perperikon / Perperikon / Perperikon / is located in the Eastern Rhodopes, 15 km northeast of today’s town of Kardzhali. Its area is about 12 sq. Km. The complex has not yet revealed all its secrets, so the excavations continue, revealing more and more interesting details related to the ancient history of the sanctuary. Perperikon himself stands on a rocky peak at a height of 470 m. The golden river Perpereshka flows along it, forming a fertile valley about 10 km long and 3-4 km wide. The convenient river valley has created magnificent living conditions from ancient times. For this reason, it is dotted with dozens of archaeological sites of different ages, whose natural center is Perperikon. The Perpereshka River flows into the Studen Kladenets Reservoir very close.

The Devil’s Bridge is built on the Arda River, located in a picturesque gorge about 10 kilometers northwest of the town of Ardino near the village of Dyadovtsi. The bridge is located 420 meters above sea level, surrounded on both sides by steep slopes reaching up to 800 meters above sea level. Its length is 56 meters, its width is 3.5 meters, trihedral, with the holes of its lateral ribs making holes with semicircular pins for watering. The height of the central vault is 11,50-12 meters and a stone rail with a height of 12 cm is preserved on the edge. The bridge was built at the beginning of the 16th century on the order and desire of Sultan Selim I as part of a connecting road The Upper Thracian Lowland with Aegean Sea and Aegean Sea. 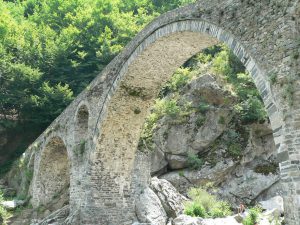 Tatul is a mountain village in Southern Bulgaria, the Rhodope Mountains. It is located in Momchilgrad Municipality, Kardzhali District. Less than a kilometer from the village is a rock sanctuary made up of various cuts. A pyramid shaped rock contains two sarcophagi, altars, chutes, niches, and steps. On top of it there is a rock tomb with an ovoid shape and a square hole on the roof, covered with waterproof mortar during the Roman era. The last excavations reveal under the pyramid a stoned stone building to which a parade staircase leads. According to archaeologist Nikolai Ovcharov, there is the temple of the mythical singer Orpheus in the sanctuary. The fact is, however, that the place described is only part of a much larger cult complex to be explored. To the north of it there are other rocky massifs with trapezoidal niches and rock tombs carved in them. In the surrounding fields are found graves and stone sculptures of different epochs, ancient and medieval inscriptions. In 2004, there was discovered a sprout root of the vine. It is supposed to be about 3000 years old (since the Thracians inhabited these lands), which has survived and multiplied. 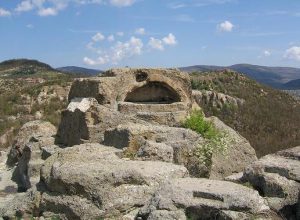 The Medieval fortress Monyak is one of the largest and most highly developed fortresses in the Rhodope Mountains, with a protected area of ​​more than 50 decares. There was a military garrison here, and in the fortress, the population of the settlements along the Arda River had sheltered during military action. Monyak is also connected with the Crusaders’ campaign of 1206. It was of great strategic importance because it guarded the Iron Gate and the passages of the medieval city, located around the Monastery of St. John the Baptist. It was impossible for a person to reach the top of the peak without being seen by the inhabitants and defenders of the fortress. The Meneakus was so impenetrable, well fortified, and with a strong garrison that it did not surrender to the armies of King Michael the Second Assen. It was the only fortress in the Ahridos area, which the Bulgarian ruler failed to conquer during his march for the capture of the area by the hands of the Byzantines in 1254. In 1343, the unforgettable fortress still falls under the swords of the mercenary horde of Omur Bay. The raiding raids in the Ahridos area leave burnt cities, castles, derelict settlements and monasteries. Many people are taken into slavery. Centuries later, archaeologists will find the skeletons of the faithful defenders of Mneacos, to the entrance gate, as death has overtaken them. 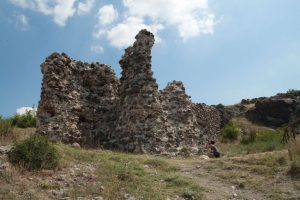 Ustra is the name of one of the most preserved castles in the Rhodope Mountains. It has the foundations of many of the buildings and towers. The fortress was built in the Middle Ages and, during its existence, was under the rule of the Byzantine Empire. Ustra was built in X century to guard the passing trade route. The fortress is located near the village of Ustren in the municipality of Dzhebel, Kardzhali district. It is located on the highest part of a steep peak and has good visibility at a great distance. According to archaeological data, its earliest date is the management of Constantine VII Porphyrogennet (913-959). At that time, the Bulgarian Tsar Simeon I probably seized the fortress, but later relinquished it to Byzantium and was proclaimed “Vasileopattor” – that is, a senior guardian of the Byzantine Emperor who married one of his daughters. The subsequent dissolution of the treaty by Zoya, Emperor’s mother, soon led to the overwhelming loss of the Byzantines in the battle of Aheloy in 917. However, after the death of Simeon in 927, the fortress remained permanently in Byzantine hands, though through mature feudalism and the Second Bulgarian State XII – XIV Centuries had implicit evidence that it was captured by Ivan Assen II. 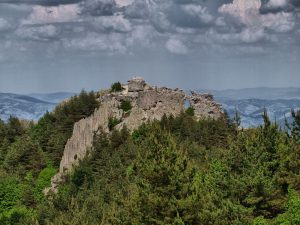 Thracian sanctuary Utroba Cave dates back to XI – X century BC The temple is located near the village of Nenkovo ​​in the Tangarak Kaya locality, about 20 km northwest of the town of Kardzhali. The cave is a natural horizontal crack in a rock that has been further cut and shaped by a human hand resembling a vulva. The height of the hole is 3 m, the width is 2.5 m and the depth is about 22 m. At the bottom of the cave there is a carved altar that is tall just over a meter. There is a crack in the upper part of the cave, where a sun beam enters for several minutes each day at 12 o’clock. On the day of the spring equinox, the sun’s beam is enlarged and enters the hole of the altar, holding it for several minutes. The action embodies fertilization, the sacred marriage between the rock and the Sun, the revival of life. Up to now, this is the only open cave in the world. 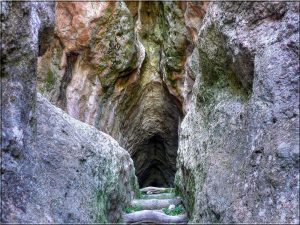